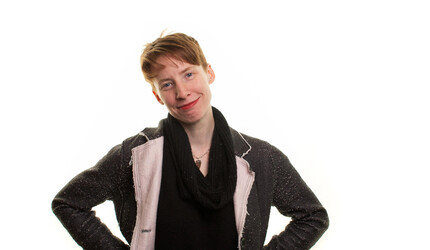 I was born in the lush mountain trees of British Columbia. I often dream about living amongst those big trees. The mountains are something I intrinsically miss, but because of them, I can more thoroughly appreciate or understand the vast sky, desolate and subtle landscape of the Northwest Territories.

I did not have a happy childhood and I have spent most of my adulthood working through the unhappiness of growing up with the absence of love and kindness. Artwork guides and fosters my process of healing and I need to do it for my own well-being. Making artwork for me is akin to finding peace and bringing peace to others.

My work celebrates a grand escape from a past that continues to haunt. With art I am learning to forgive, love and play. I am searching for the important places inside myself, to rewrite what I cannot rewrite, to give my inner child sanctuary and a treasured existence.

In my landscape paintings, I am searching for beauty in the everyday. In my surrealism, I am puzzling over the past to find a better future. Darkness, as all northerners know, can be deep, black and last for too long, but like all things, it is transitory and soon summer will return with its midnight sun.

Within my paintings I am constantly telling a story – a story about healing, forgiveness and all the places in-between

Jessica A. McVicker (JAM) explored many artistic mediums including stone sculpture and print making until finding her love of painting. She has a bachelors in illustration from AUArts (Alberta University of the Arts) and is richly inspired by the landscape of the stark and cold North. She has won awards for her artwork and participated in art exhibitions in Europe and across Canada.

Jessica's work celebrates a grand escape from a past that continues to haunt. In her landscape paintings, she is searching for beauty in the everyday. In her surrealism, she puzzles over the past to find a better future. In all her paintings she tells a story about healing, forgiveness and all the places in-between.

2020, August - Online Juried show with the Federation of Canadian Artists.

2020, March 3-15 - “Abstracted” Juried show at the Federation of Canadian Artists in Vancouver.

2017 -  Active member of the Federation of Canadian Artists

2015 - Artist at the Great Northern Arts Festival in Inuvik

2015 - Solo Art Show at the Snow King Castle in Yellowknife 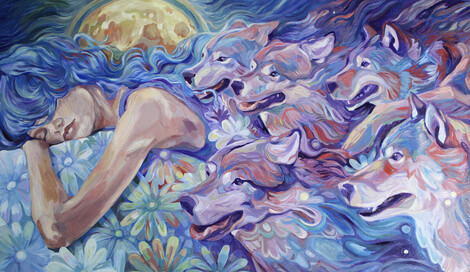 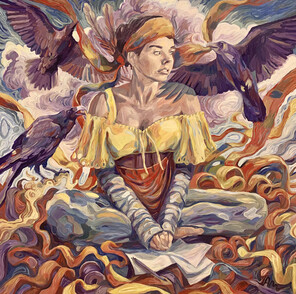 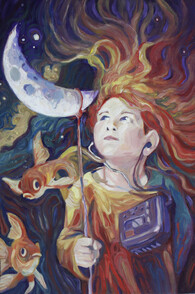 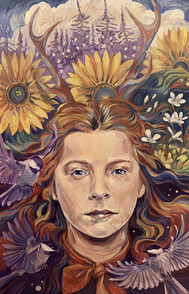 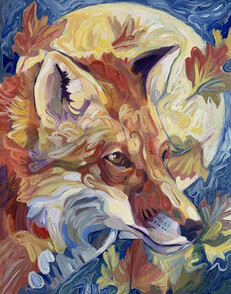