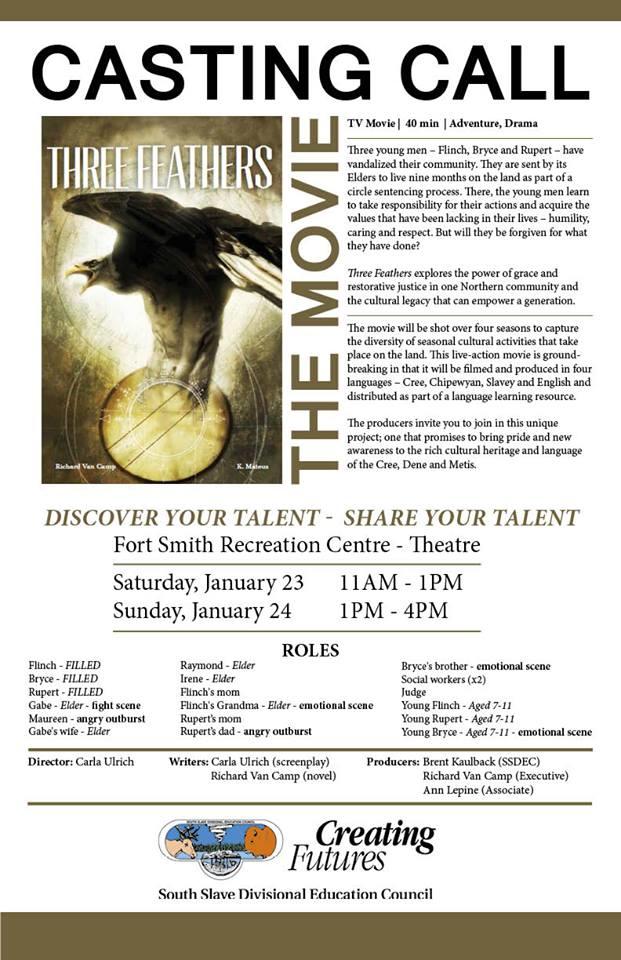 Three young men- Flinch, Bryce and Rupert - have vandalized their community. They are sent by the Elders to live nine months on the land as part of a circle sentencing process. There, the young men learn to take responsibility for their actions and acquire the values that have been lacking in their lives - humanity, caring and respect. But will they be forgiven for what they have done?

Three Feathers explores the power of grace and restorative justice in one Northern community and the cultural legacy that can empower a generation.

The movie will be shot over four season to capture the diversity of seasonal activities that take place on the land. This live-action movie is ground-breaking in that it will be filmed and produced in four languages - Cree, Chipewyan, Slavey and English and distributed as a part of a language learning resource.

The producers invite you to join in this unique project: one that promises to bring pride and new awareness to the rich cultural heritage and language of the Cree, Dene and Metis.