Agony of the Leaves

About Agony of the Leaves (Stephen Richardson)

Stephen Richardson is from Nova Scotia and a graduate of a Jazz university (STFXU guitar Jazz studies major). He now works as a full-time Elementary and High school Band/Music/Guitar Teacher in Yellowknife, NT, and returns home each summer to gig and write with band-mates. He also runs a side business where he teaches eighty individual guitar lessons/week.

Thank you for considering this music. 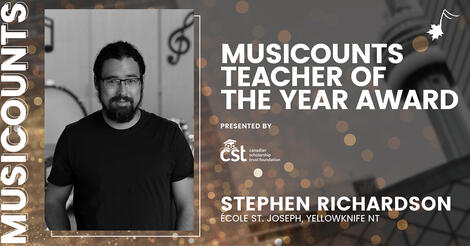